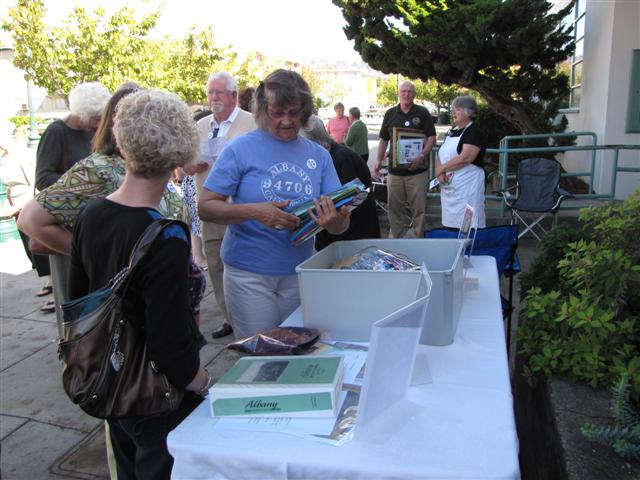 “Shall we, or shall we not, change the name of our fair town”, is the question that was asked in Ocean View in late October 1909. The citizens voted on October 30th of that year to change the name to
Albany to avoid confusion with another California town which had earlier chosen the name of Ocean View. The town trustees talked it over and Mayor Frank Roberts suggested the name of Albany after his birthplace of Albany New York. This proposition was accepted by the voters and the change was filed by Alameda County in the ensuing few weeks.

The Albany Historical Society commemorated this event on October 25th, 2009. Included in the celebration was the presentation to the City of Albany of a Historic Time Capsule to be opened in 2059 and Four Historic Site plaques.